I’m currently working on a third novel. Watch this space for more details… 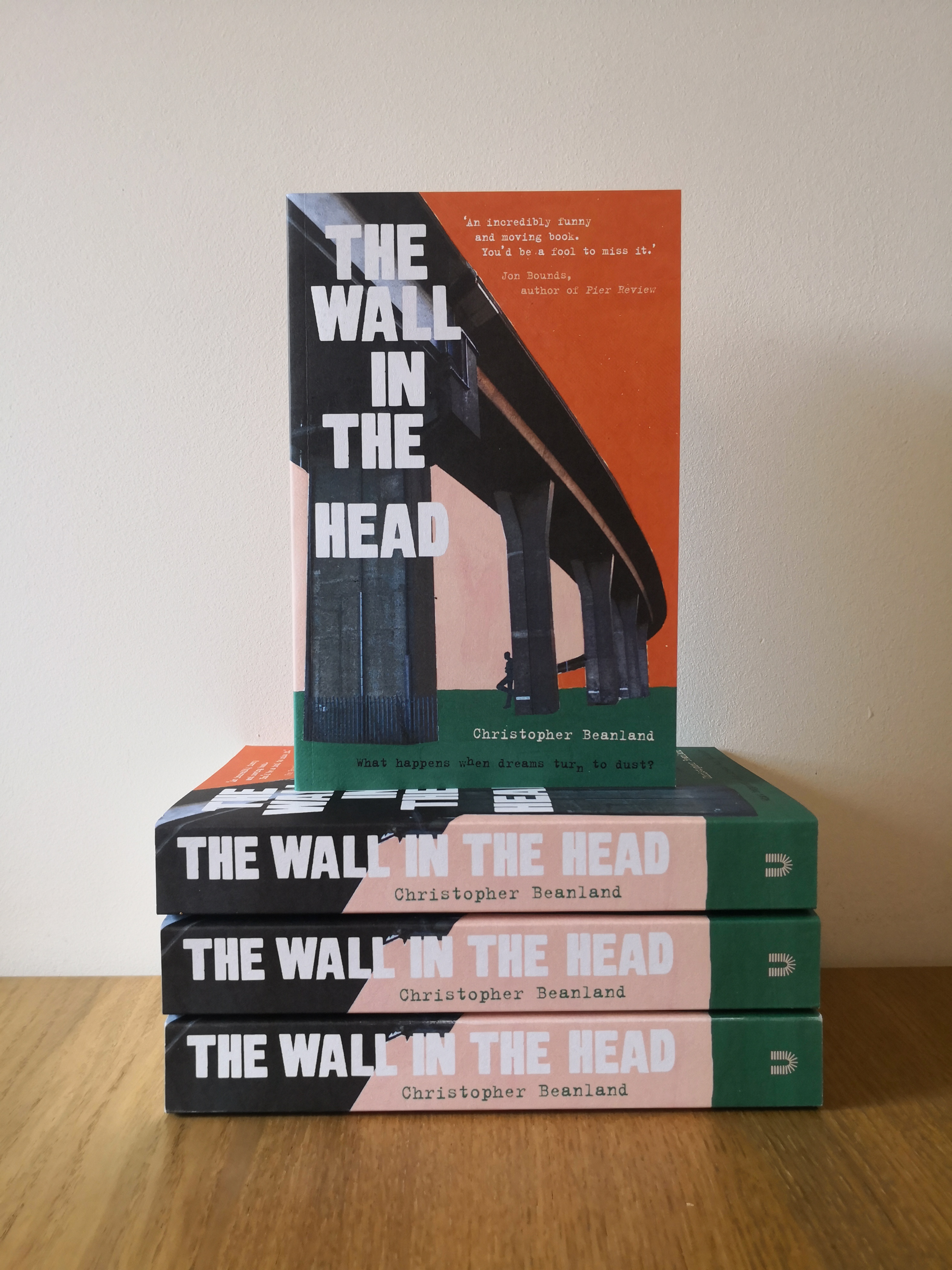 My second novel The Wall In The Head has been called “an incredibly funny and moving book”. It’s about love, loss, TV, comedy and architecture. You can order it here and here as an e book or paperback wherever you are in the world. You can also buy it in Waterstone’s, independent book shops and the Barbican Shop in London.

This is my first novel, called Spinning Out of Control

It’s been picked up by Dandylion Publishing, and you can buy from them as an e book here

Some lovely people have said some very nice things about my debut novel Spinning Out of Control, calling it: “a fine comic novel… there are even poignant moments of loss;” saying it displays, “a touch of Keith Waterhouse;” and that it’s “insanely funny and painfully real, a perfect pastiche of British media;” and that it’s  a “gripping satire.” People have also said that they “found the story (oddly) heartwarming;” and that it’s “a highly entertaining thought-starter;” and that it’s “a brilliant and extremely well-observed look at the world of PR, journalism and music. A thoroughly enjoyable debut.”

Here’s an interview I did with Wall Street International Magazine about the book.

I hope you enjoy reading it.

unbuilt – radical visions of a future that never arrived (2021)

My new non fiction book about the dreams architects have had that were never realised – or just partly attempted – as well as the ideas we had about the future that never came true, and why dreaming big and failing are still important. Buy Unbuilt here. And keep a look out for some exciting talks and events coming in ’21 and early ’22. 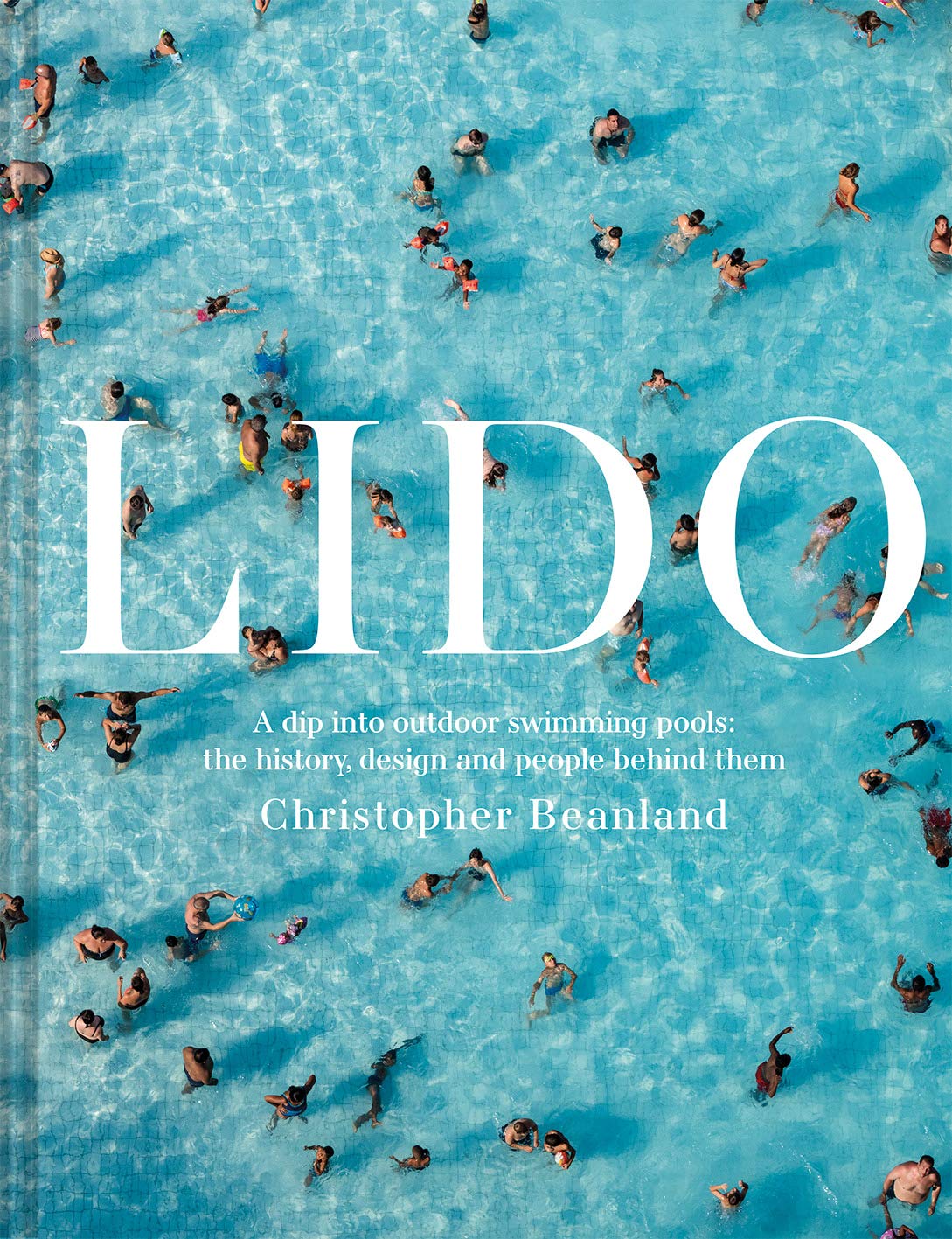 Dive into my book about lidos – a celebration of swimming and pool life and a journey to the best examples of lido architecture around the world. Published by Batsford as Lido in the United Kingdom and Pool in the rest of the world.

You can now order Pool in Japanese too, published by Seigensha

My non-fiction book about brutalist architecture, called Concrete Concept – Brutalist Buildings Around The World, out via Frances Lincoln Publishers. You can buy it if you like!

Here are some reviews of Concrete Concept:

“a lively journey around the world’s brutalist buildings.” (Frieze.com)

“It’s a fascinating glimpse into an area of architecture where abstraction seems to solidify into cold, hard – and sometimes beautiful – reality.” (Bespoke Living (City AM))

“a surprisingly light-weight book that provides us a visual world-tour of tortured edifices.” (Wallpaper*)

“Brick-like new tome Concrete Concept demonstrates the unexpected serenity of some of the world’s greatest Brutalist buildings … Open the pages up and you’ll be greeted by light, cheerful photographs and an accessible, tongue-and-cheek commentary.” (AnOther magazine)

‘a fine slab of brutalism… it’s a belter.’ (@Brutal_Architecture)

“The buildings chosen by Beanland truly evoke their period and each have something to say to us today.” (The Birmingham Press)

“The text of this book, which profiles 50 brutalist beasts, is witty, lively and informative. The numerous photographs are first class. Concrete Concept gave me new eyes.” (Roger Lewis Saturday Review, The Times)

“This is not a worthy but dull architecture book. This is not a coffee table statement. Yes, it looks beautiful. Yes, you’ll seem sophisticated for owning it. But shockingly, it’s also insanely engaging. Beanland’s commentary is fast-flowing, smart and very funny. Exactly what you want from a book about concrete.” (Catherine O’Flynn, author of What Was Lost)

“This tour around some of the world’s great buildings is a treat for any brutalist architecture fan.” (John Grindrod, Author of Concretopia)

“A breathless love letter to a disappearing epoch. This funny, smart and beguiling book will make you want to jump on a plane before it’s too late.” (Elizabeth Hopkirk, Building Design magazine)
“A snappy and surprising read. The expansive selection of buildings and waggish commentary help take apart tired definitions and break open the prematurely closed canon of brutalist architecture.” (Michael Abrahamson, Curator of F*ck Yeah Brutalism) 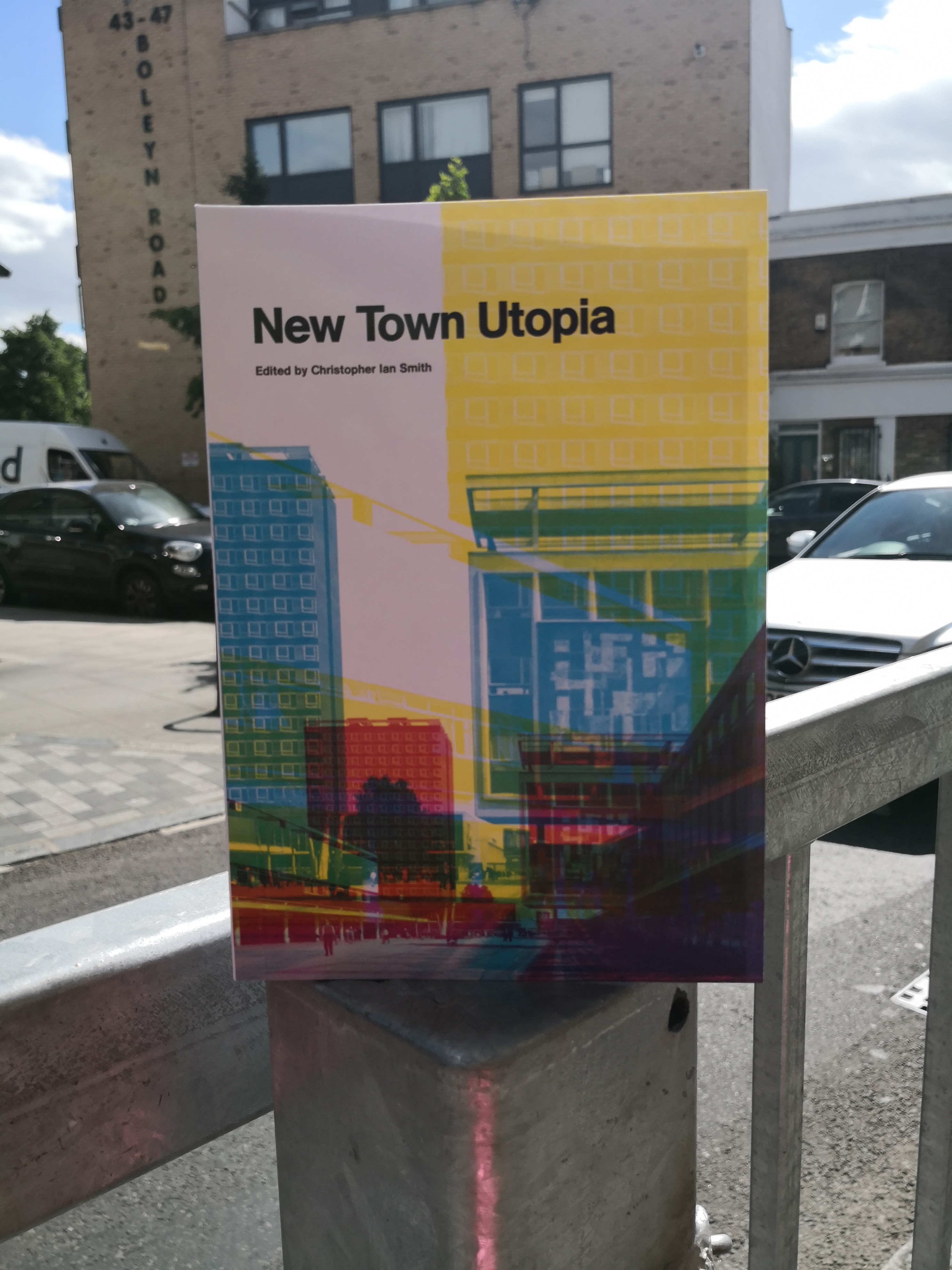 My essay about Gregory’s Girl and New Towns is in this lovely little book. Check out the wonderful film that goes with it. 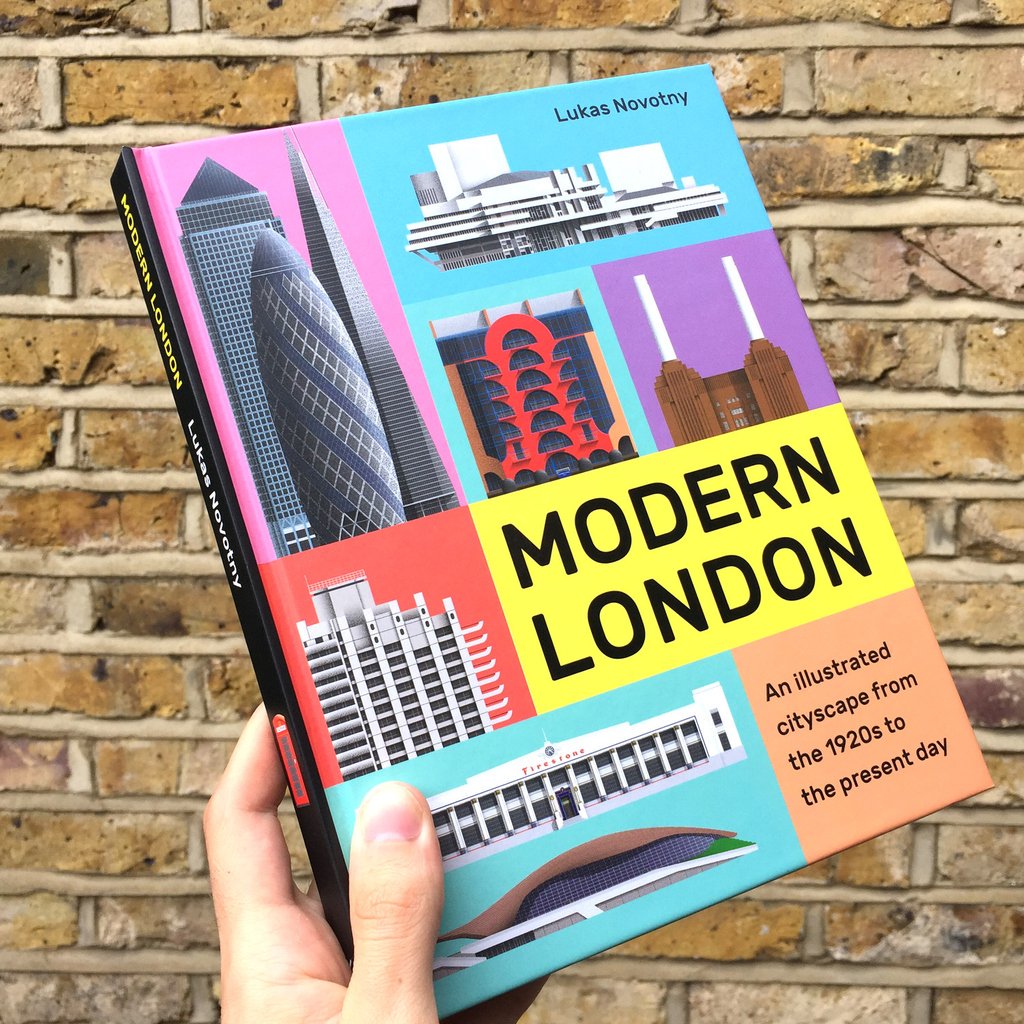 I was the consultant editor of this book, featuring illustrations and text about 100 years of London’s architecture by Lukas Novotny. 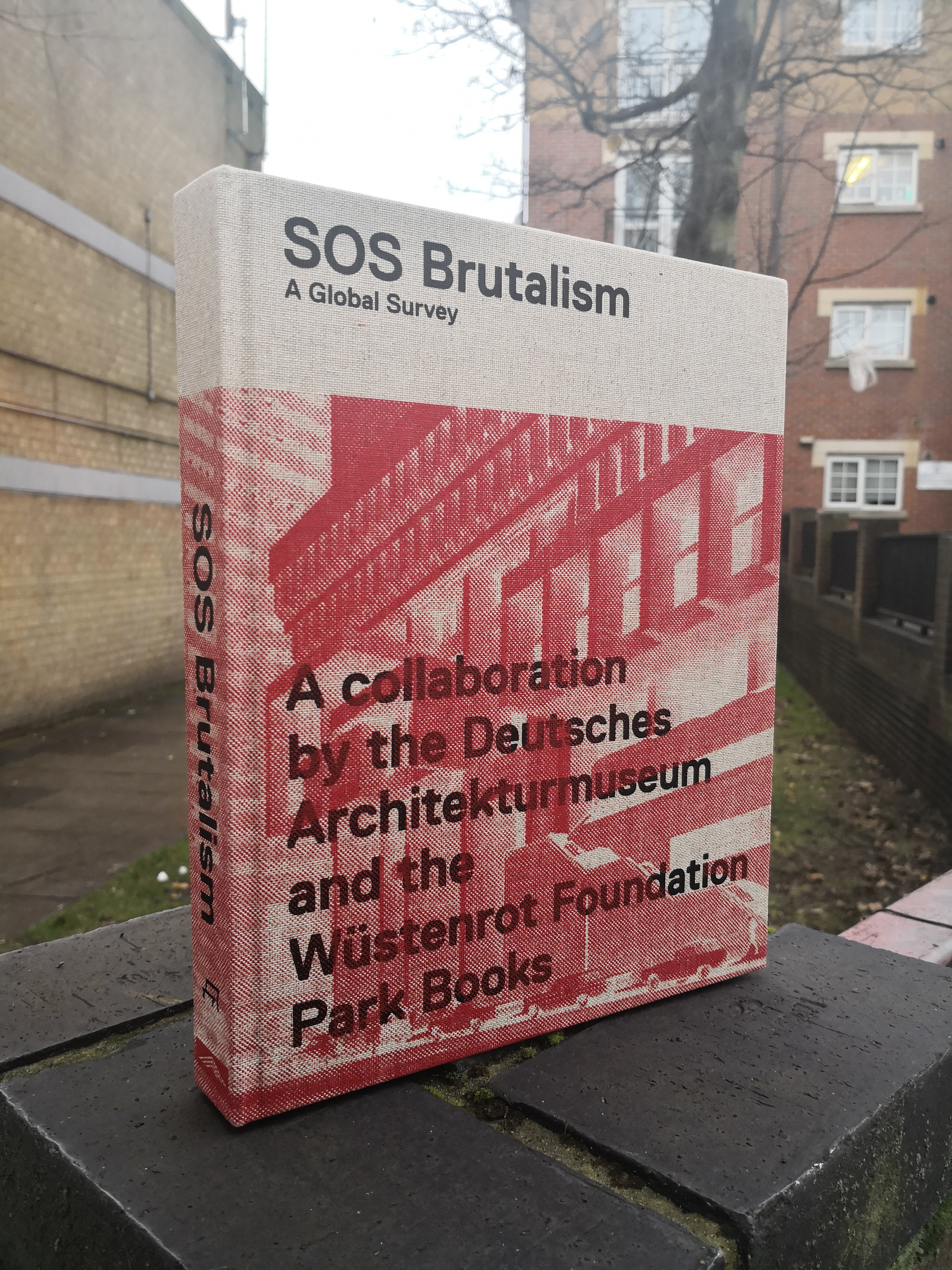 I wrote a part of this, the official book to go with the SOS Brutalism exhibition at the Deutsches Arkitekturmuseum in Frankfurt from 2017-18.